Back again to scratch the itch

Had a short-lived spate with a 620 monster in the summer time but it had a dud gear change issue and I ended up returning it to the dealer after a couple of weeks having paid far too much to be having immediate problems.

ended up with a blackbird briefly, and did a german black forest trip on it which was awesome.

but then I still wasn’t satisfied and had to come back to ducati.

picked up this tattier, but much cheaper monster 620 a week or 2 ago and it’s immediately vastly better. On’y had a couple of rides on it, back from somerset buying it, to work one day, and up to a mates office in swansea for a meeting. it has badly squared tyres but for the use it’ll get over winter I’m not going to rush to change those til spring.

here she is anyway 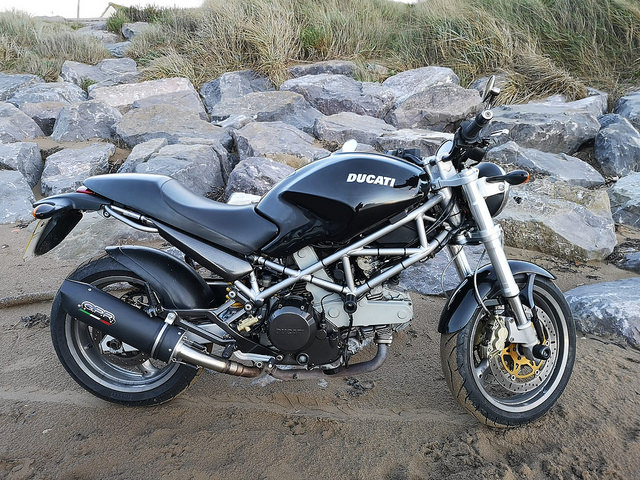 Lovely, get out and about with it, you will have a blast