Hi fella 's .
A while back I purchased a Foggy rep ( kit ) bike 748 . The bike was allegedly a yellow 748 import and the fella who bought it paid alot of money for it once it was switched to Foggy colours. He left it to his sister who I bought it off .
I trusted the lady and bought it with out hearing it run as the battery was dead . Once I had it home I plonked a battery on it and it started a treat but throttle response was totally different to my other 748 . It just always seemed just a bit of a different engine feel . I now cams and engines can feel different…
Now I’m stripping the bike I fine it has a 916 EU box , the box doesn’t seem like its been tampered with and the engine number states 748 .
How different is the bottom end of the 748 to the 916 , is it possible the top end has been swapped. Obviously once on the rd I will be able to tell .
Any comments please 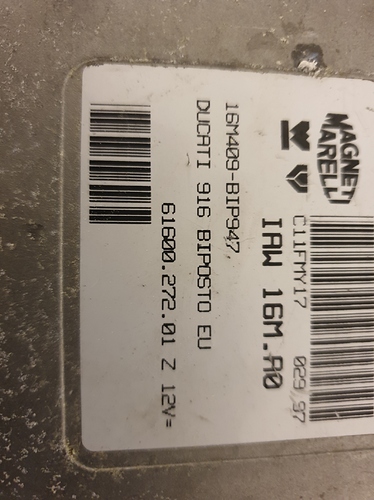 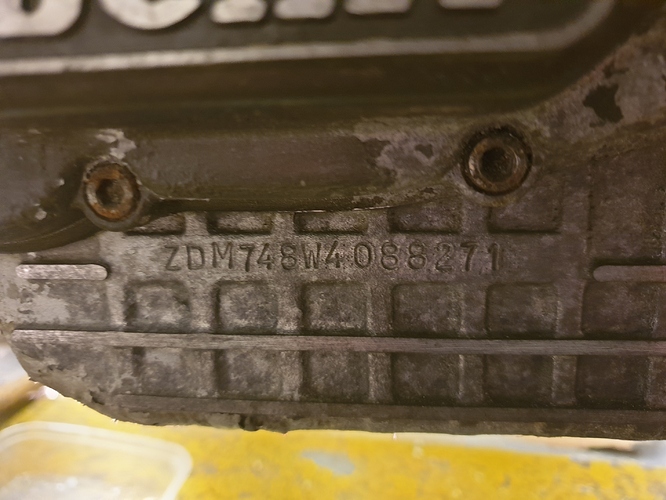 What is the frame number out of interest ? And what does the V5 show as the engine number ?

I’ll have a look Martyn , it is registered as a 748 ,
Next question is if it is a 916 , shall I change the log book . I know legally I should and I think it would be worth more . She looks like this , I’ll add a picture 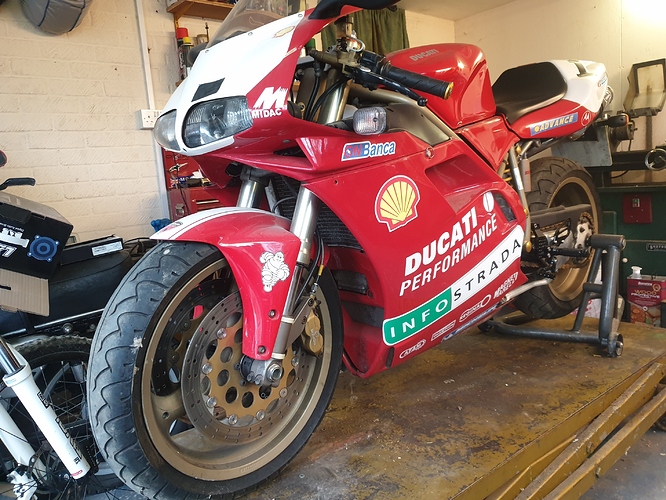 Does the engine number on V5 match the logbook, it may have had a 916 motor installed into it ?? Looks nice whatever it is

Both Numbers start ZDM748 and match the log book , So does seem like a 748 but as I previously said can you just swap the top ends , I was wondering if that may demand a 916 EU , well I assume it would but yes it is a nice bike which needs a little tidying .

Most things are interchangeable, I think a few of them got 916 heads which with 748 bottom end made it an 853

Thats interesting, I hadnt heard that , that would certainly give a different feel on the throttle and probably change settings.

Usually with different pistons and other things but it could be

The 853 kits changed the pistons and barrels but kept the 748 heads.
Although the 853 kit pistons had the same bore as the 916’s @ 94mm the pistons for the kit had a different deck height. Just dropping 916 top end onto a 748 bottom end would result in a very low comp’ ratio.

Cheers Steve, I was not sure if it had different heads.

After the 1st 916 that had a P8 WEBBER ECU, the later 916/748’s all used the same ECU a 1.6M, on these ECU’s is a large round rubber blanking plug and under the plug is the “Chip”.This plug was originally covered by a sticker/seal.
It’s the chip that’s changed between the different models/capacities.
So remove the plug (and sticker if it’s got one?) and you’ll be able to read what’s on the chip.