Does this NCR bodywork ring any bells? 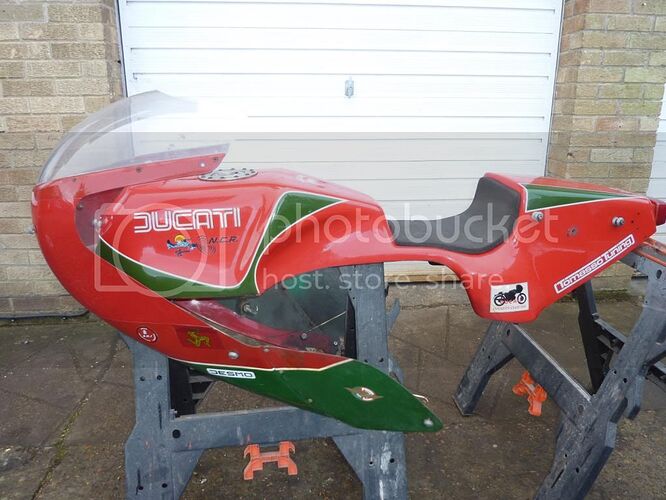 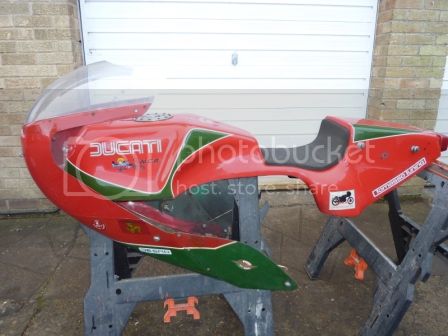 I recently bought this seat and fairing from a nice bloke in Kings Lynn who told me that it had been fitted virtually from new to a MHR which had been put on the track. It does have a DOC sticker on it as well as a BMF one. I like it for the shape and the lovely oldness of it! It might find its way onto my Darmah rebuild but in the meantime does anybody recognise it? I think that it may have been made by Newton Equipment as it has a nice threaded ‘quickfiller’ type fuel cap.

Well thanks for that - it sounds about right. It was a bit of a forlorn hope anyway.

Why don’t you put a small piece in Desmo, a lot of the older members who might know who’s it was don’t use our online services.
It’s probably one of them who would know ?
Just e-mail it to Jilly.
editor@docgb.net
Kevin.

Newton’s never made that kit but they did supply filler caps to just about everybody inc’ the Ducati Factory.
Pete Thomas aka Tomasso Tuning had contacts in Germany, the body kit might have come from there* or Italy.
*(I’ve got a few old period pic’s of German owned bikes with a seat/tank unit like that, I’ve never seen a genuine NCR bike with that shape of seat unit fitted.)
The fairing is a mid 70’s style NCR Item similar to that fitted to Hailwood’s TT winner,(and Roger Nicholls’s runner up from the year before) Steve Wynne’s Sports Motorcycles used to sell them.
You do realise that modern fuel with ethanol melts GRP fueltanks pretty quickly don’t you?

Hello and thank you for that. I had already been told that Caswells was about the only sealer that would work properly on fibreglass tanks. I’m not at all sure where any of the stuff came from originally, and never dreamt that it was real NCR but love the idea of parts having ‘history’ When I was telling Andy at Mdinaitalia about the bigger than standard pistons in my engine and the 40mm carbs, cut-out sidepanels etc etc he asked me if two of the lower crancase allens were wired with a seal, which would have meant the motor was a special one but If it ever was, it isn’t now! Since there were some old valves in the boxes of bits I inherited with the bike the replacements may well be bigger than standard but I won’t know until I get home again and measure everything. I know that someone set the clearances since the very oily Haynes manual I also found in the boxes has lists and lists of handwritten numbers in it, and I don’t think they are from a trainspotter. Once again, thanks for your interest and interesting facts.
Martin

Aaah, now I know where I misread the stuff about Newton. This post was by a Steve R on an 851 888 site with a similar avatar so it might be you!

‘The original NCR bevel racers fuel tanks were a one piece unit with the seat being an integeral part, made in GRP.
After they were 1st seen there were lots of copies made by various builders/custom shops, the best I ever saw back then had alloy tanks and seperate GRP seat units, these tanks were made by Terry Baker and sold through Newton Equipment of London E11, this kit found it’s way to Europe and Japan being sold by Ducati specialists in those markets.
Steve Wynne of Sports Motorcycles upset the NCR boys when he had copies made of the tank/seat units fitted to Mike Hailwood’s TT winning bike.
Tony Rutter’s 1st TT winning F2 bike (also entered by Sports Motorcycles) had a Terry Baker tank/Newton seat unit fitted fitted’

I’m going to look at pictures of MH in '78 and 9 and Rutter to see if they are similar. (Obviously mine was the spare one taken to the island but never used!)

Hi Peanut,
That’s me on the 851/888 forum I’m one of the moderators.
All of the Bevel twins had two of the bolts in the bottom of the sump wired together and fitted with a lead seal, if the seal was still in tact it points to the fact that the motor had never been apart, but I’m sure some people have worked out how to recreate the lead seal.

That’s the only reason that owners covert the wired seal, the race motors didn’t have them.
Your tank seat unit is the wrong shape to have been one used/or spare for the Sports Motorcycles '78 race bikes. 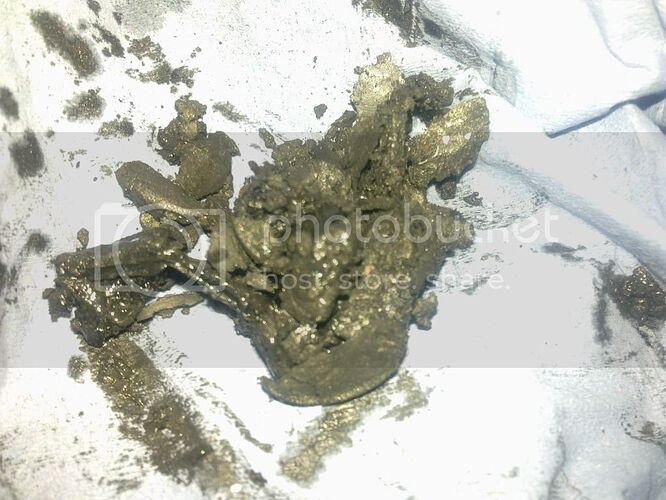 1024×768 118 KB
Wow, I’m learning all the time. My short-term memory problem often means that I remember what I want to be rather than what often is. Andrew never said that seals were on special motors, I just wished it! I know the motor has been apart but the crank wasn’t cleaned. The picture is half of what ws in the sludge trap
Mr_R February 16, 2013, 9:42am #10

That’s fairly normal, back in the day the average bigend life was around 13,500 miles from what I saw. I stripped dozens of cranks at that sort of mileage and the sludge traps were mostly full/blocked solid.
The 1st bigend on my new '79 900SS lasted 16,800 miles,(10 months!) I’d changed the oil every 1,000 miles apart from when on a European trip that covered around twice that mileage, the 2nd one lasted 17,500 miles, in the end I’d change the ends at around 10,000 miles to save the rest of the motor from getting damaged.
I had (and still do) a couple of spare rebuilt cranks sitting waiting their turn in my stash of spares, put aside to keep the old girl on the road.
If I had/got hold of another set of low mileage crankcases I could cobble together another motor and still have spare twin plug/big valve/flowed heads, big bore barrels/pistons,(90mm 950cc/87mm 882cc) gear clusters, straight cut primary’s etc…
I’ve covered well over 130,000 miles on the old girl now, she’ll be 34 just before this Easter.
She’s off the road at the moment, I nicked the clutch pressure plate to use on my '92 851/916 last year when that bikes slipper clutch broke a spider spring, so I fitted a genuine 888 Corse clutch (that I had kicking around like you do

) and needed the Bevels plate from it’s dry clutch conversion, to get me over to the TT.
I’ve now got the new (and a spare) slipper clutch spider spring so can do the swap and “Beverly” will be back out this spring.

Thanks for the information, I think that I’ll try to start another thread in the right place when I need more real knowledge. Good luck with Beverley