Excellent turnout tonight. I counted over 20 Dukes in a line outside the station that could not get onto the platform as filled up, plus more spilled onto the sea view road. Well done to all those involved. Who ever had the idea of using Port Erin station was a genious! 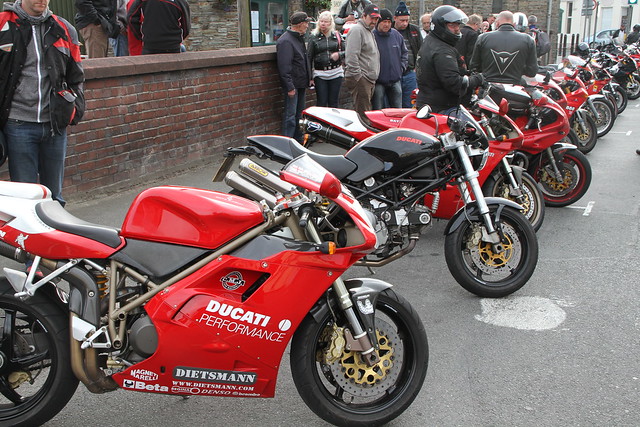 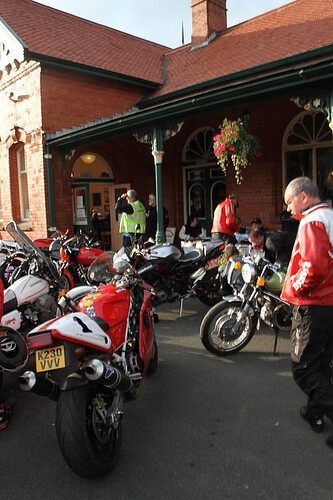 excellent - and a great idea to use the station

It was indeed a good night, that’s my 851/916 on the platform.
I’ve chosen to attend this Italian Bike Night in Port Erin for the last 3 years rather than the DOCGB’s club BBQ at Laxey,
it’s just across the road from one of the best Fish n Chip shops on the Island, only about 200yds from where I’ve been stopping with Spaggies Port Erin crew and just a short walk from the best pubs in town…
Perfect for me!

Although my waistline has suffered from these facts just a bit this week.

The healthy living regime starts again tomorrow, as I need to drop about 10lbs after over indulging on the forbidden fruits.

sounds a good venue to me

… and your bike looks great

It looks like you had a good time, nice line up

Twas indeed a good evening, and even though my lodgings are in Douglas, I prefer going to the station in Port Erin than traipsing to Laxey to get eaten by midges as soon as the sun disappears behind the hill.
(my old nail didn’t get a platform invite, but it is in one of keef’s pics, behind the Foggy Rep and the Black Monster S2r).
I only gained 2lbs from my 10 days of indulgence.
Already booked for next year - must try harder.

Hi Steve,
Yes I’ve had the same problem with the midges, which was also one of the reasons that I avoid the laxey BBQ.

I didn’t realise that you needed an invite to park on the platform?
I just pull up and park wherever I please, but then I do that everywhere, for some reason I rarely get asked to move my bikes…

Don’t know if you do need an invite for the platform Steve, but I was happy in the line of Ducatis on the street, it was better than being seen parked near Moto Guzzis anyway.

Nothing wrong with a ditchpump Steve, you never know when you might get flooded and need one.