well its finished, a few gremlins have now been ironed out (thanks kevin) and all seems well. thought i would try a differant colour on the frame and wheels, wasnt too sure to start with but really like it now its all back together. new bearings on the running gear and a darn good clean of the bits and bobs i bought through the club (thanks paul and timbo). id done japanese bikes before so was a bit warey but found it quite a nice thing to work on. was surprised that only two fastners were seized after nearly 15 years and nearly 30k miles. mind you i had a bit of a game with the airbox

.
passed the mot but the chap who fitted my front tyre put it on the wrong way round so had to have that sorted at the same time. continental road attack have two direction arrows on the tyre

just to confuse things.
so here goes,
before, 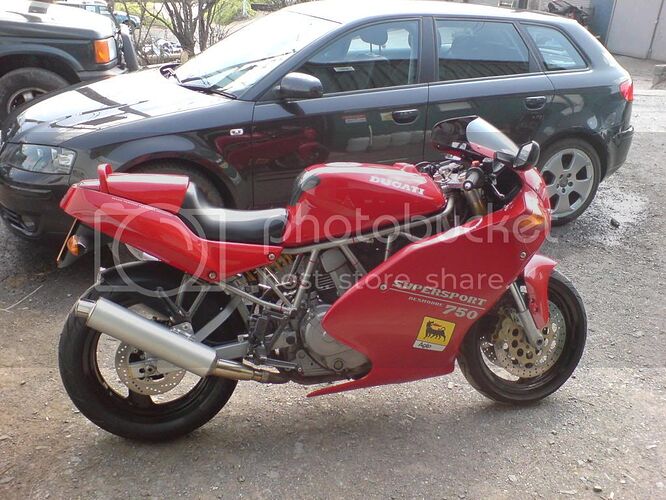 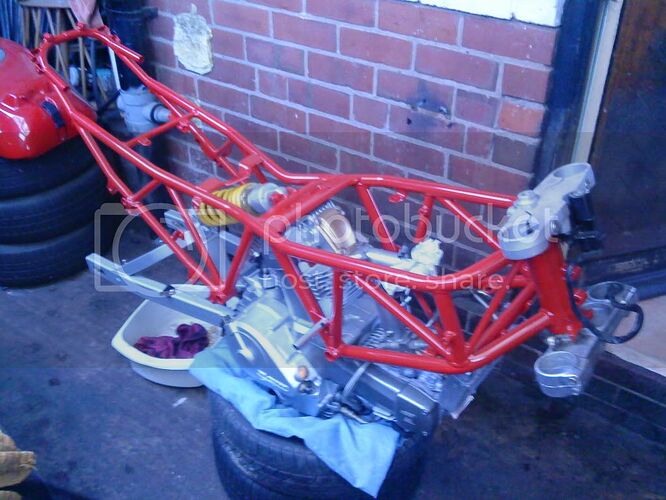 1024×768 175 KB
the silencers now fit better than in the last pic as that was pre link pipe fix type welding, will get a pic with then lined up properly whilst i sit outside the local bike cafe in the morning and eat my snorker buttie

here you go, after it was finished.
thanks to kevin for the piccy 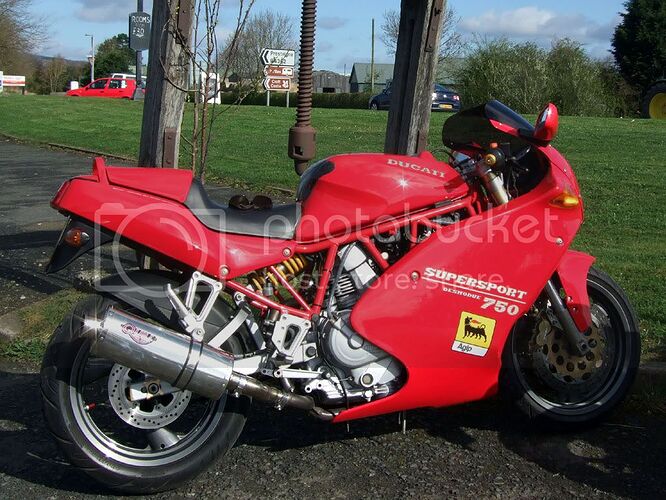