Guys any recomendation for oil type eg fully sen 10w/50 or a non mineral type for my Darmah, going to start communiting on her, so want to get a goodin
Kiwi

I would use Chatsworth 40 (or similar monograde SAE40)(or 50 if your running it in hot climates), I have used 20/50 in the past but only use 40 grade now and change it regularly, everyone in the know I’ve spoken to recommends it, Paul Klatkiewicz being one of them.

I’m not an expert on the subject, but I’m told that modern semi & fully synthetic oils contain more aggressive detergents that don’t suit older engines and the molecular make-up of modern oils again suit high tolerance engines which rely on oil pressure for their big ends etc, where the bevel engine has a low pressure oil system and roller bearing big ends & crank suited to mineral type oils…… I think.

Not a Bevel oil thread yet again…
Get your tin hats on lads.

I’m not getting involved in this, a search of the forum should point you in the right direction mate.

I think what Kevin meant to say was monograde oils and not ‘mineral’ oils at the end of his post.
Bevel motors are very happy to run on Castrol R, which’s a Vegetable based oil but it’s a monograde.
Other than that Kev’s advice is pretty good IMO.
Oooops I’ve already started to join in.

SAE 50 changed every 1000 miles. Thats what I use, it avoids any trouble with other Bevel owners… 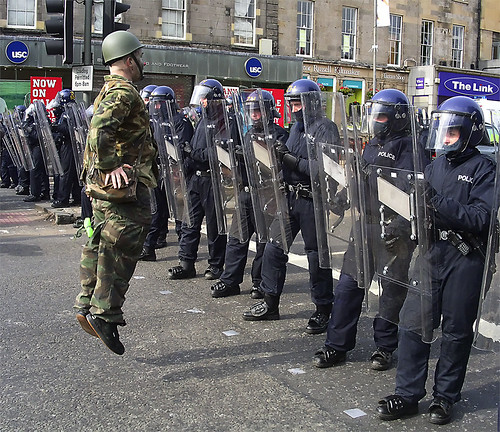 cool thanks, will say no more, BTW i did do the search first but was unable to find the detail. if u have a link with furthur detail post it here and I will follow it through

Hi Kiwibiker,
On No account should you ever start an oil thread with Bevel owners…
Major Wars have been started for less!

Both Keef and Kev have given good advice though IMO.
If really pushed I’ll tell you that I use Rock Oil TRM in my ‘slightly modified’ '79 900SS changed every 1000 miles.
But my Bevel twin’s fitted with a dry clutch conversion so the ‘Ultra’ slippery racing oil doesn’t cause my clutch any problems, which it might if used in a standard Bevel motor.

I’m definitely not joining in but… is he levatating or is it me

is he levatating or is it me

Have you been at the Magners again…

Is he levitating, or has the earth suddenly dropped 2 foot? ahhhhh?
It’s all relative you know.

Have you been at the Magners again…

I’m not getting involved in this…
Bevel motors are very happy to run on Castrol R, which’s a Vegetable based oil but it’s a monograde…

In the Darmah SSDI use Chatsworth 40, as I do in the road singles - monograde mineral oil.
I know that some bevels have been on multigrade for their whole lives quite happily.
I think that many modern multigrade oils have higher detergent levels (to keep your engine cleaner), however (and this may be a myth) I think that changing to something with more detergent may release some of the muck in your engine with it ending up in the crank, ergo ‘better oil’ = engine failure.

In the race bike I use Castrol R40 (or Millers equivalent) - monograde castor oil (because that’s what it’s always had in it).
Don’t put castor oil into an engine which has been run on normal (mineral, synthetic or semi-synthetic) oil as I believe that the two form a sludge. If changing from one to the other you need to strip your engine and clean it fully. In in ther words - ‘Don’t do it’.

My reccomendation would be that if you know what the engine’s been run on then stick with it.
If unknown then use Chatsworth 40 as it comes in a nice traditional looking tin rather than these horrible plastic containers

Rogers right of course.
I took it as read that everybody knew not to mix Mineral oil with R, or to change to R without totally stripping and cleaning the motor out 1st.
The sludge that Roger mentioned, (if you don’t carry out the above advice) actually turns to something like black anthracite coal inside your motor!

Did someone suggest earlier in this thread to run them on Magners or where they just trying to deflect the thread to a new level or cut the thread off at the pass before everyone joined in. Anyway going to try run mine on carrot juice as that is quite inexpensive and is a nice colour and comes in nice plastic bags from supermarkets.

As well as Chatsworth 40 you could consider Morris Golden Film 40 as well. If you check out each supplier’s technical data sheets (yes, I’m an anorak…)
you’ll see they are both very similar wit the Morris oil being marginally thicker. Last time I went to buy some Morris 40 from my stockist he had just sold out as some guy with a Spitfire was doing an oil change - and I’m not talking about the car either

Did someone suggest earlier in this thread to run them on Magners or where they just trying to deflect the thread to a new level or cut the thread off at the pass before everyone joined in. Anyway going to try run mine on carrot juice as that is quite inexpensive and is a nice colour and comes in nice plastic bags from supermarkets.

No, No, what are you thinking Steve, you need a proper cider like Stowford Press, or Gaymer Original, or a drop of Scrump!
Irish cider indeed… [size=150]they’ll be putting bloody ice in it next![/size]

Living way down West in the West country, I’ve got a source for the real deal Scrumpy.
Some of the lads in a pub (all of then Rugby playing Bikers) that I often go to have bought an ancient Cider Press (They’ve also bought themselves large oak barrels) and plunder the local gardens/forgotten orchards for apples.
They have a cider pressing day, which involves drinking lots of last years batch.
I’ve been lucky enough to be invited to these occassions, as Nessie’s a local maid.
When Xmas comes around they ask “Steve have you got any containers? As you can have as much Scumpy as you can carry”, there’s never any charge for this!
The bloody stuff is ‘Rocket Fuel’ but it needs to be toned down by mixing it 50-50 with a lighter Cider to make it really drinkable.
This’s known as a pint of 'Rough ‘n’ Ready and it tastes wonderfull but…
You do tend to fall over after 4 or 5 pints!
These lads (they’re all over 40) always turn up at local bike club’s small Rallies along with their teenage children, mostly girls??? It’s probably something to do with the Scrumpy? On the pillion seats armed with huge amounts of this ‘Special Brew’ and a bloody good time is had by all who’re lucky enough to be accepted into their circle.
These Cornishmen are truely a different breed, (Like Ness they’ll tell you that they’re not English!) and that’s true, but when they welcome you into their community it’s hard for me to think of a better place to be.

Steve R … Once again lucky all my life! I even bought our little 250 Desmo from one of these lads.