This is my TT week bike, which stays in the Isle of Man - usually.
A much modded 906 put together by Matt Lawson, and I bought it off him after he went AWOL from North Lincs and decamped to the IoM.

Testanero-1-med.jpg748×561 178 KB
And the only time in recent history that both Paso’s have actually met.

Hmmmmm not for me…

No taste… that’s your trouble Kev.

If it truly is a condition ,I must have it too

This is a Paso

My two Pasos finally got to meet each other again this weekend, and these photos illustrate well two variations on a theme.
Paso Twins (20) (Custom).JPG
I kept as much of the standard bike as I could, just lengthening the swinging arm and using taller tyres to get the wheel sizes pretty close to a 17" overall diameter. The 4-piston Brembos and mirror/indicator mods are more recent additions.
Paso Twins (33) (Custom).JPG
Matt (who built the “904 Testanera”) went all out with a 907 rear end, 17" wheels, Harrison 6-pot calipers, Termis, a Corbin seat and a rather different paint job. 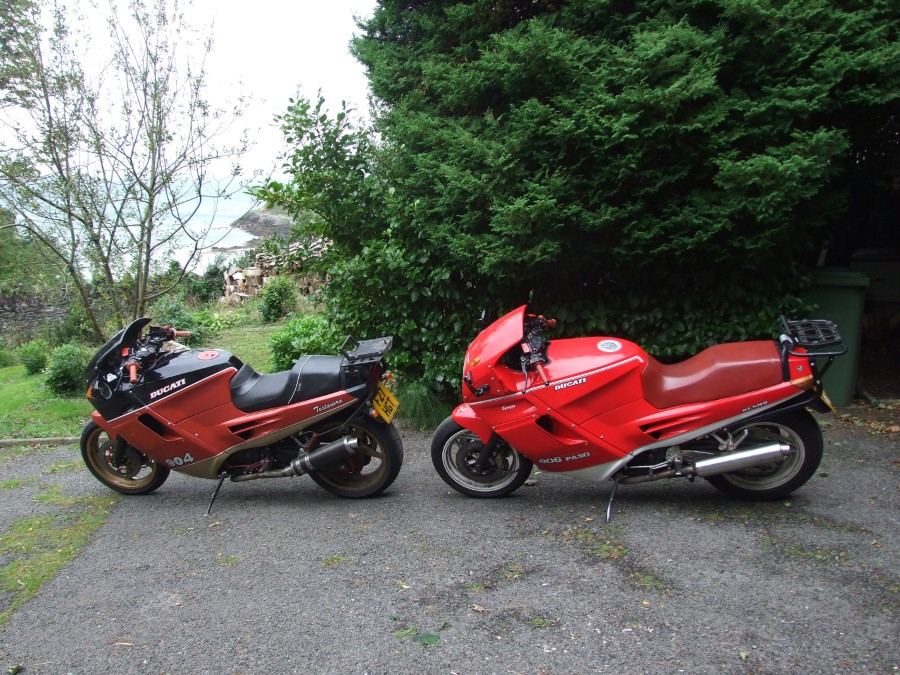 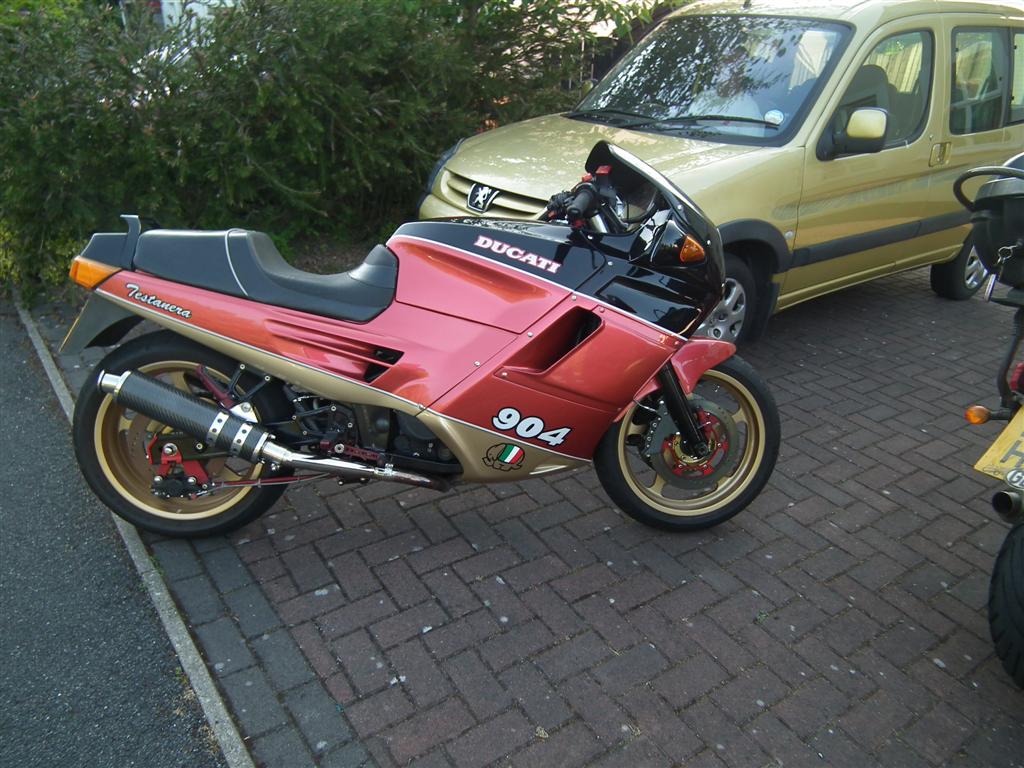 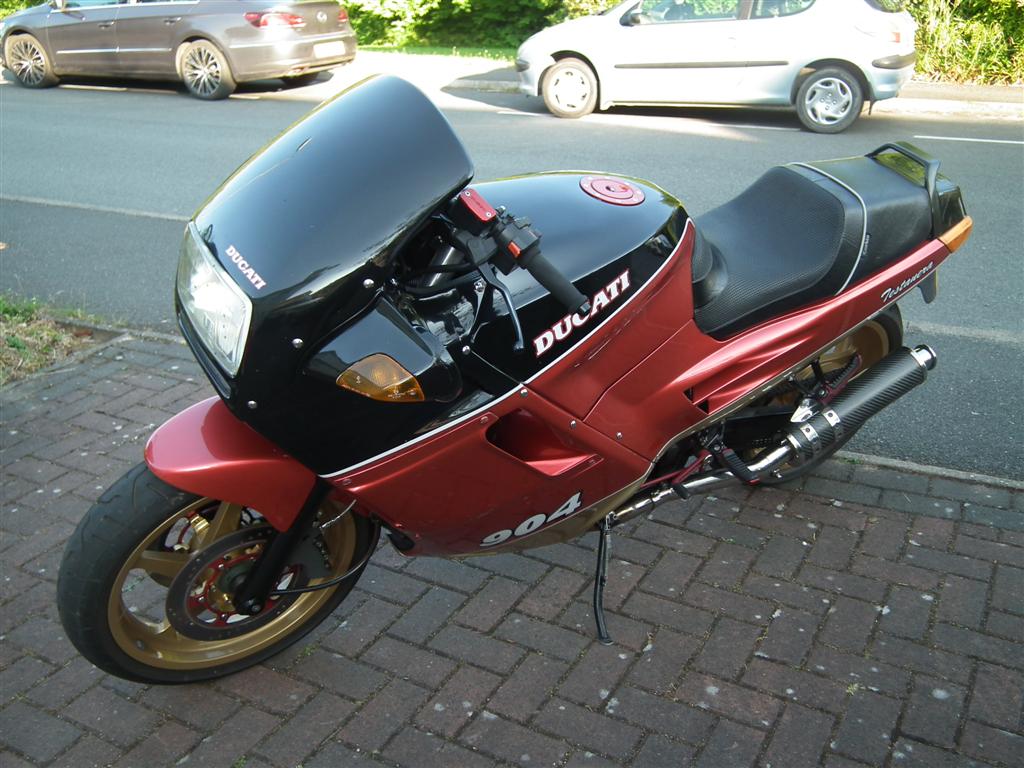 Testanero-2.jpg1024×768 121 KB
To replace the pic that has mysteriously disappeared! Again…