I have just been given a 1992 Ducati 750ss from my father. The story goes that he just got a brand new rear tyre and on the way back, about half a mile from home, he got a nail right through the center of this brand new tyre. As he came up to the roundabout it slide out from underneath him and unfortunately broke his collar bone in the process. Fast forward 13years and it has not moved an inch! So I have been given it with the intention of getting it back on the road. 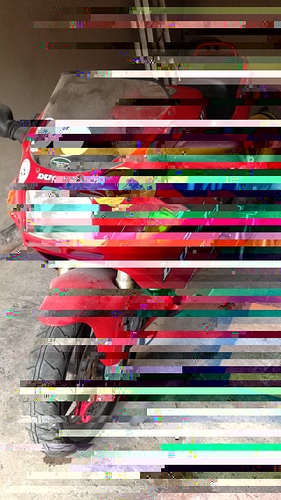 Having never owned a Ducati previously, I was wondering where is the best place to buy parts from? After a quick google wemoto.com seem to have quite a range of parts but doesn’t seem to have everything and also doesn’t show which brand some of the parts are. As its going to be effectively a full mechanical restoration I would rather put quality parts back on the bike. One of the parts I am finding hard to track down is the cambelts only seem to find results on ebay and cant confirm if they are specifically the ones for the bike.

Any advice would be greatly received!
Thanks

The dealers will sell them as they fit later models, mist parts for service are interchangeable.

… and you can always advertise in ‘Desmo’ for any parts required!

Hi . I have a 1997 750ss that I am rebuilding the engine on . Did you have any luck with finding good part people ?
Regards Brian