This is my winter project. My 1995 916 SP, I’ve owned it for 11 years but the poor girls been overlooked (new 1098s may have something to do with it!) and hasn’t turned a wheel since her last MOT in May 2004! Having removed some of the bigger bits like heads and barrels, I’ve been pleasently surprised by the lack of wear on things like the (original) rocker arms,pistons and cylinders --still with honing marks, valves and guides. In fact the only mechanical issue is several broken collets, all kept neatly (and safely) in place by the closing shims! I’m looking forward to making decent progress when the really bad weather arrives but first real issue is finding someone to match and paint the frame and wheels in the original bronze?gold.
Hopefully the attached pictures upload ok, haven’t done this before! Steve.

Hi Steve,
I can’t help with the paint.
But it’s unusual for the later collets to break up unless you’ve been revving the tit’s out of the motor?
The earlier Desmoquatro motors pre '92 had thinner 1.5 mm collets, after that they went upto 1.75 mm.
Anyway if you going to use the rebuilt motor to the ‘Max’, it’s a good idea to invest in a set of MBP collets, these defintely won’t break up when you rev the bike passed 10,000 rpm and extend the period between shimming by around 3 fold.

I’ve fitted them in my ‘Mildly tuned’

851/916cc motor and have a set put aside for my '74 250 Desmo project/rebuild.
They really do deliver exactly ‘what it says on the tin’, well worth the expense IMO.

Hi Steve, thanks for the reply and advice re the collets, I shall be looking into replacements and the MBP 's seem like the sensible option.
The motor certainly has been used hard as my weapon of choice for many track days. It seems to thrive on being revved hard! The bike’s been supremely reliable too but it did have a catastrophic engine failure early in it’s life when it hydrauliced the rear cylinder which caused the crankcases to split. All recovered and repaired (with stronger SPS cases) under warranty. Nice to know I could go (I think) the 955 route without too much fuss!
If only uploading pics was as easy as stripping the 916 I could post some progress shots and a pic or two of your very own 851/916 pictured at West Bay during the southern rally rideout. Steve.

Hi Steve,
The later stronger 916/996SPS cases had the topend studs moved outwards to give more strength, so the original 916SP Topend wouldn’t fit these cases.
If Ducati rebuilt your 916SP using 916/996SPS cases?
I think it might well now be a 98mm bore 996cc motor.

The ‘Safe’ overbore for a 916SP motor is +2 mm (without some complex machining and modified barrels machined to suit ) making it 96mm which would make it a 955cc.

You can still get Pistal ‘Corse’ spec 96mm 955 pistons from Kamna Racing in Germany, but if your motor really has got 916/996SPS cases they wouldn’t be a good idea.
At the very least you’d need to have some top hat sleaves made, shave the barrels and make up a spacers to stop the liners that extend below the barrels from ‘Ringing’, then breaking off and dropping into the bottom end of the motor.

What’s the engine number on the replaced cases?
From this number we can tell which cases they actually are and then know what the capacity is.

I’ve never really thought about it 'till now Steve so just measured the barrels as best I can with my steel rule, and they appear to be standard 94mm. The pistons also 94mm approx. with each crown marked S, B and A. As for the cases,the new replacements came from Ducati (had to wait an eternity) already stamped with my (duplicated) number which is ZDM916W4 005366 although the “W” looks a little wonkey and could be “IJ”!
Looking at the replacement parts list, there’s nothing to suggest anything above the cases,apart from some valve shims,has been changed, but a little headed note from the dealer (Fowlers of Cheltenham- Ducati franchised back then) says “Also note crankcases SPS spec so cases can take 996cc”
Personally I think the replacement cases are strengthened standard SP spec. as I seem to recall some racing case failures back then with cracks found around/through the main bearing support webs. I could be just clouding the issue tho!
Thanks for the input though Steve,I soak up this sort of thing like a sponge, much like yourself I suspect!

Slight change of topic. What light can you (anybody!) throw on the numbered plaque issue? My machine has never had one and several years ago a fella I met argued that they (SP’s) all did! My thoughts are that only machines after 1995 were labelled SP3?

Hi Steve,
The standard 916SP cases were the stongest Desmoquatro cases made upto that date, they were a lot stronger than any cases fitted to the 851/888’s inc’ the Corse motors and stronger than those fitted to the later 916 Bip’s.
I think back then there was probably a bit of customer bullshit going on when they rebuilt your motor, or the boys at the dealership didn’t know their arse from their elbow.

The ST4 cases are even stronger/better designed/developed than the 916SP items, as they incorporated all of the lessons learnt from the racing 888/926/955’s and don’t usually suffer from the cracking from the main bearings up between the cylinders that the 916SP’s were prone to.

Pretty handy for me as the ST4 cases take the dual sided 851/888 swinging arm without any modification, I just needed to open out the engine mounting holes in the frame to 12mm and have the cases bored to accept the 916/955 topend, with the addition of a ‘Bandy’ 900 crank and a 1mm spacer under the barrels it will give me a 984cc longstroke motor that will hit peak power at around 9,500 rpm, with enough torque to pull tree stumps.
I’m confident that it’ll hit 130 rwbhp and 80+ft lbs of torque using 996SPS cams, I’ve already got 116 rwbhp 67.5 ft lbs @ 9,500 rpm from my mildly tuned 851/916 motor.
I’ve got all of the parts now inc’ new carrilo rods and a 748 close ratio cluster, the same box as fitted to the 851/888SP’s and 996 SPS.
I might be wrong here but I think the 916SP came fitted with a standard Strada wide ratio cluster.

Steve, you need to paste each link in then highlight it and then click on Img (so that that it shows as at the end) at to turn it into a link… 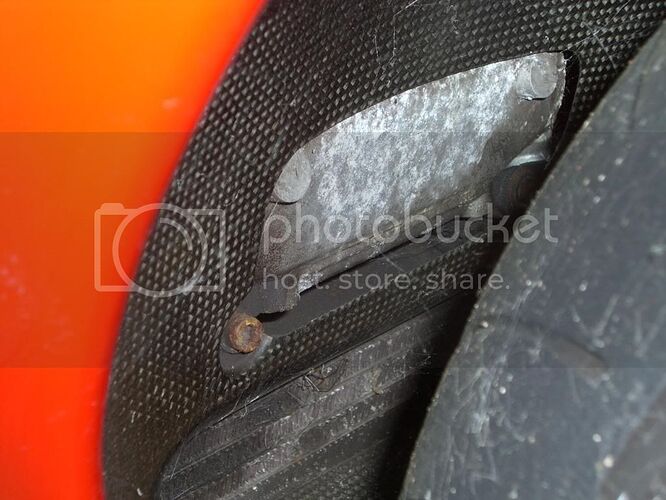 I’ve been told the bronze paint is a very close match to a Fiat car colour.

This one i believe - Fiat 702 is Beige-Luxor- but i must confess i haven’t yet tried it and am only going on what i have been told!